Welcome to the home of the Oregon State University Beavers! Yes, I am a HUGE fan. Did I say huge? Yes, I mean HUGE!!! I know I’m a bit biased, as I am an Oregon State University alumnae. I won’t share with you the year I graduated because that would date me (sigh!). However, I am very young at heart (and play some would say), and as we say around here, “I bleed orange and black.”

Why am I such a huge fan?

Oregon State has a very special place in my heart! I am the only member of my family to have earned a college degree. Currently, I have a Bachelor of Science in Business Administration with an emphasis in Marketing. I have completed some graduate studies in psychology and hope one day to earn my Masters of Social Work. 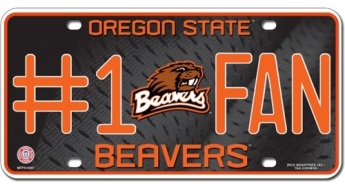 However, my story is more than just the fact that Oregon State University is my alma mater. During that period of my life, I had many personal difficulties and battles to overcome. As I worked part-time to full-time hours and attended classes, I began to suffer severe depression, anxiety, and PTSD. It was an enormous struggle, but the fact is I did it! For that, I am incredibly proud of myself.

It was during my years at Oregon State University that I met my then husband and eventually married. In addition, as I walked through graduation in the oppressive heat of June, I was four months pregnant with my son. He will forever be known as my Beaver Baby!

The atmosphere at OSU is so wonderful. It has all the benefits of a large university, but still maintains the feel of a small town.

OSU has a great history.

Our university dates back to 1856 when it was known as “Corvallis Academy.” Throughout the years, OSU changed its name a total of eleven times. It was 1961 when our then, “Oregon State College,” became the present Oregon State University. 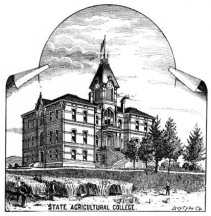 Oregon State is a leading public research university. We are the state’s only Land Grant university and one of only two universities in the U.S. to have Sea Grant, Space Grant and Sun Grant designations.

As Oregon’s leading public research university, with $308.9 million in external funding in the 2015 fiscal year, Oregon State’s impact reaches across the state and beyond (About Oregon State).

Our location is perfect.

Located in the city of Corvallis, in the Willamette Valley. Corvallis is known as one of the safest, smartest, greenest small cities in the nation. The main campus encompasses a total of 420 acres. Nestled in between the coastal mountain range and the eastern cascade mountains, there is a significant amount of trees, wildlife, natural forests, bodies of water, and parks. The area is a playing field for any number of outdoor recreation opportunities.

Oregon State University has a lot to offer in academics.

Our university offers more than 200 undergraduate, graduate, and doctoral degree programs and has the largest total enrollment in Oregon. In fact, OSU has more majors, minors, and special programs than any other university or college in Oregon. Each term (10 weeks) has an average enrollment of 29,000 students. Summer term (8 weeks) averages about 12,500 students. OSU also has an outreach campus located in Bend.

How does Oregon State University compare?

So, why are we called the Beavers?

Oregon is called “The Beaver State” because of the association of beavers with the early history of the state and because of the admirable qualities of intelligence, industry, and ingenuity that are associated with this animal. The beaver is the official state animal and is displayed on the state flag.

Therefore, Oregon State University’s athletic teams are known as “the Beavers.” Most references to our university are either “Beavers” or “Beavs” or simply “OSU.” Most of OSU’s logos and banners show our beaver. The logo has changed and evolved over the years, but they all refer to the same great university!

Why dedicate a page exclusively to Oregon State University?

My stuides at OSU have afforded me many great opportunities in my life. Even though I never pursued a career exclusively in the marketing field, my education has been a valuable resource in every aspect of my life. The employment opportunities and personal benefits have exceeded any of my expectations.

I am proud to be a BEAVER! I am proud of my alma mater!

It is NEVER too late to pursue a secondary education. Your life will be blessed in so many different ways!

If you liked this, please share it! Thank you!

You can find Julie here.